How to Befriend Crows 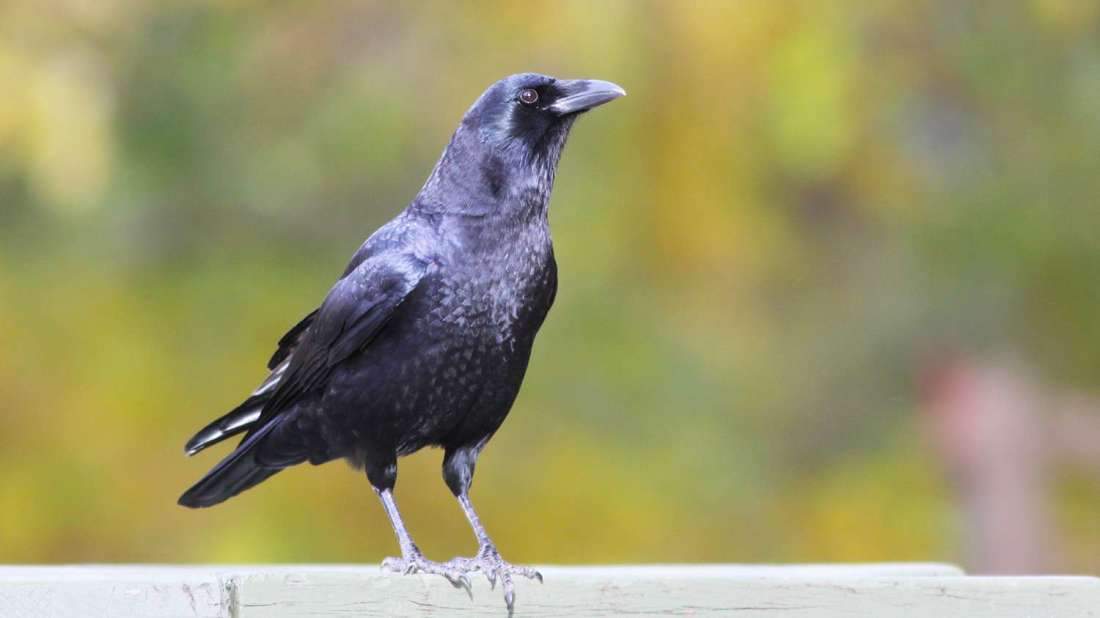 To Dance With the Messengers of Death (Not Really)


If you are the type of person who always wears black, puts on dark makeup and an avid metal music fan, what’s more to complete your get-up? A friend crow!

Although it is not Halloween yet (as of the time of this writing), surely crows brings the vibe and spookiness of it wherever it goes. There is always this air of mysticism that cloaks these darkly-clad birds that throughout the ages.

Legends were spoken and Literatures were Written Just for them: 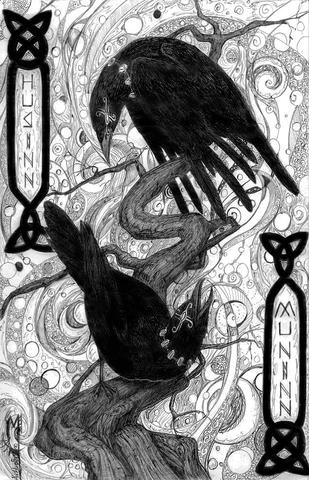 Yep, men have been fascinated with them since ancient times and have associated crows with symbolisms such as:

So the next time you see a crow, just ask yourself this: “how can I be come as awesome and hardcore as that bird?” Who knows, possibly a crow or two might give you the answers you seek.

Pretty much anybody can describe a crow; they will basically tell you that it is a black bird with black eyes, feathers, feet, throat…Pretty much anything in this bird is black! In order for us to fully understand their behavior (and eventually have a crow buddy), we need first to know not just their physical appearance, but also their temperament and a few awesome facts about them.

Here are some of the things you always need to bear in mind:

Crows are exceedingly smart birds. They are famous for their problem-solving skills and amazing communication skills that sometimes exceeds that of other psittacines such as parrots and macaws, in fact, they have a much bigger brain compared to us humans if we talk about body-to-brain ratio. They are also known to reason out cause and effect, and even understand water displacement (just like the story of the crow who drop rocks on a narrow water container to drink water.) More Interesting insight can be found here: Bird Psychology. 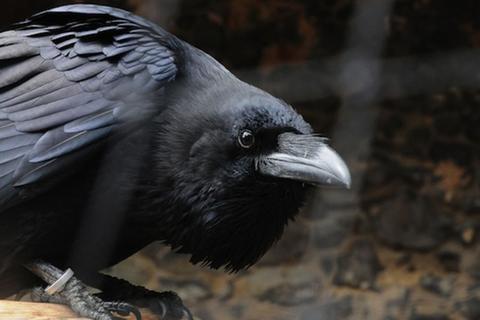 It is reported that when a crow encounters a mean human or someone who hurts him and treats him bad, it will never forgets it’s face and appearance (now that’s a whole new level of animal grudge) and will deliberately attack them in any way they can, often swooping them like a World War 2 dive bomber. Not only will they identify them and will always remember their faces (crows have great memories, especially if driven by intense hatred!),but also they’ll tell their friends about those people too. And they’ll know how to treat them too (yikes!). and pretty much all of the crows in the area will act aggressively (anger and hatred spread among crows like wildfire).

You think that’s the end of it? Ha! Punny human! They will also tell their future generations about you, even the youngsters will be informed (possibly they will whisper curses and bad omens against you on the ears of newborn chicks), AND IN DETAIL TOO! And you will go down in crow history as their ultimate nemesis and for generation to come! (It’s a curse, a curse that you’ll bear for the rest of your life!)

Aside from their ability to hold grudges (that’s scary)? Well, crows also remember people who have been good to them. There was, of course, that adorable case of an eight-year-old little girl named Gabi Mann of Seattle, Washington who receives gifts from crows in her garden. She feeds the crows regularly and little trinkets are given in return including a miniature silver ball, a black button, a blue paper clip, a yellow bead, a blue Lego piece, and a pearl colored heart. (How sweet!)

Many types of crows live “lone wolf” style, but they will often search madly for food in groups. Other crows would stay in large groups all the time. A group of crows is called a “murder” (another 10 points for their awesomeness!). When one crow dies, the murder will gather around their dead comrade. This funeral isn’t just to mourn the dead, though. The crows gather together to investigate what killed their member (like a forensics team, only like 20 or 30 of them investigating at the same time). Then, the murder of crows will band together and chase predators in a behavior called mobbing (or avoid the location altogether). With some crow species, the yearlings and non-mating adults live in a group called a roosting community until they are mature enough to live on their own. 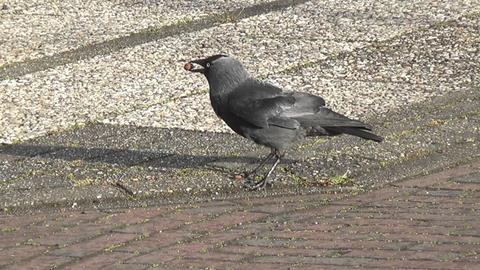 If a crow have a problem, then they will just simply do everything they can to solve it. In some parts of the world, Crows are known to use the traffic to their advantage. They would usually wait till the red traffic light flashes and place hard-shelled nuts on just before the wheels of vehicles and patiently waits again for the green light to flash. Cars would run over the nuts, crushing them in the process and once the red light is back on, those crafty crows would gather the tasty contents and will start over the process (now how ingenious is that?).

Now, once you are already know the crow’s nature, it’s time to let them go to you. But first, we need to make sure that we have the right things in hand to befriend these smart birds. If you want to know more please visit Bird Facts.


How to Attract Them: The Lawn 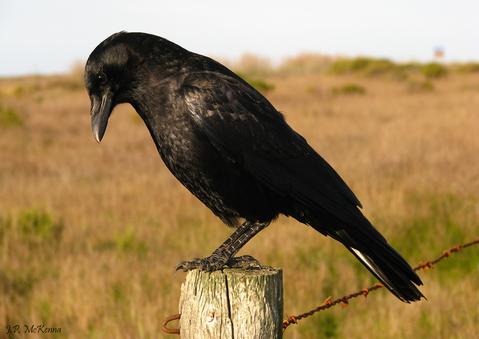 Now we need to prepare a place where they can gather up nearby and also for you to safely watch them too.

Make sure that your yard is ‘crow-friendly’. This is very crucial when trying to draw crow’s attention. Crows will stay away from anything that posses as a danger to them. So take away anything that is large and intimidating (like huge barrels, ladders, and garbage bins) and produces noise (like wind chimes,door chimes, alarms, working lawnmowers or generators) from your yard. Another essential thing, in case you have any pets (such as dogs and especially cats), make sure that they’re far, far away from the yard (preferably kept indoors most of the day). Crows will not get down to the yard if there are any pets running and hanging around.

If there are no trees in your yard, that’s one thing taken care of. Crows will prefer to settle on trees as resting posts, and most of the time, even builds their nest there. In case there are no trees or very few trees in your yard but not high enough, you can build a few wooden shelves or buy bird perches and have them installed at a height against the wall or on platforms, just make sure these are high. This will give the crows something to perch on in the yard and you can look at them better instead on them perching on the electrical lines.

Of course, what draws more attention than anything is food (that goes to pretty much any animal and us humans, right?). There are a couple of things you need to consider in feeding these sly birds. Importantly, you need to remember two things:

Feed them the same way at the same time everyday so that they will treat it as a routine, preferable time is early in the morning and late in the evening. Once they are used to this, it will guarantee that they will keep coming back for more at designated feeding hours.

How can you feed them if they don’t trust you, right? Gain their trust first and form a routine, so that means you need a lot of patience for eventually, they will recognize you as their benefactor and will not hesitate to eat up the food that you offer to them. 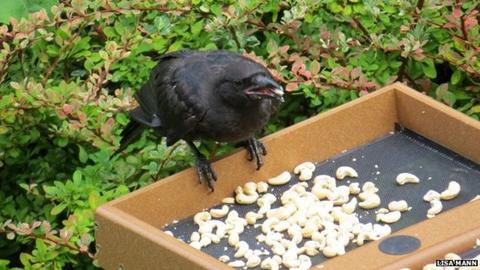 Although they will eat pretty much anything, here are the few most common and available ones around:

Crows seem to really enjoy peanuts. But make sure that these are unsalted ones and best if they are the ones with the shells intact. You can either scatter these around the yard or leave out a bunch on the ground. It is also ideal to have the peanuts on their shells so that it won’t look attractive to other birds, thus the crows can only consume them.

They also like to eat eggs. Placing small-sized eggs (like those of quails) on the ground or on a large bird feeder will do the trick. The reason behind this is because crows commonly steal the eggs from the nest of other birds if they can’t find any decent meal around.

Meat is an essential part of their diet and they are known to eat dead animals and roadkill (yuck!). So all that meat fat and other parts that you’re about to discard can be easily used as crow feed.

Pelleted bird food is also a good choice to feed to them (remember, they will pretty much eat anything). You can mix bird food together with the other food stuff mentioned and some veggies, fruits and seeds to have a delicious and nutritious meal for them. Visit also: Foods and Treats For Bird 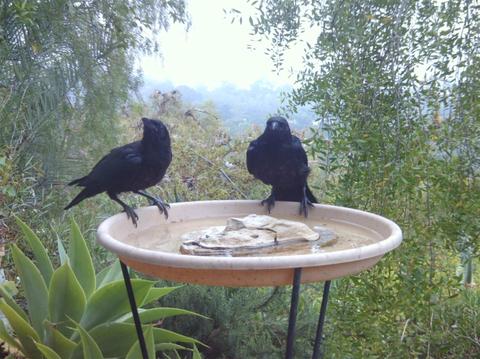 Yep, just like any other birds, crows love to dunk themselves on some cool refreshing bath, so it is also optimal that you have a bird bath just for them on your lawn (there are a couple of bird baths that would fit the bill online at aviariesdepot.com.au). Since crows are medium-sized birds, you need to look for bird baths that can accommodate not just one, but multiple crows at the same time (ideally a bird bath that can fit 3 to 4 individuals at the same time is a good pick). You also need to make sure that it is sturdy enough that if 2 or more crows stand on one side of the bath, it will not topple over (and possibly the crows won’t come back to your lawn anymore).

And there you have it, those are some of the best ways to draw the crows attention to your lawn or backyard and make them stay (and also make you of their best companion too). Try out a combination of these methods and you’re sure to find success in no time. Patience is the key, and remember never to leave out any food through the night or it will lead to rodents coming in and also leaves your lawn messy and infested with insects.